Pollywood Movie ‘Range Road 290’ released in cinema halls. After a long time Punjani audiences will get to see the suspence thriller movie. We will review this movie in different factors.

Story/Screenplay The story of the movie depicts that it took great creative and hard work to display this story on screens. This credit goes to Satinder Kassoana who penned this movie splendidly. It took nearlt 7 months in writing this story and 3 for planning, Storng Pre-Production work has been done for this movie which we know by watching it on screens. Moreover, the screenplay of the movie is written in non typical method and you will find things slowly anx gradually . May be people with low attention span will not like this movie. But ist is surely for cinema lovers.

Direction Satinder Kassoana did his job splendidly. We can get to know by watching this movie, that it is made low budget but highly skilled actors and credit goes to Satinder Kassoana who amazingly did his work. Satinder worked as one man army in this movie because he is Writer, Director, Editor and Producer of the movie as well and worked as Actor also.

Acting As we got information by Satinder Kassoana, proper audition were taken for every single character of the movie. Harsharn Singh played his very well and also splendidly done Amaninder Dhillon. They both played the role of drug dealers who worked for Kala Bai (Played By Satinder Kassoana) who is main villian in this movie.

Overall Overall this movie will be a milestone for Punjabi cinema. Because it is complete example of low bugdet but with highly skilled cast and crew. It proves that the content is king neither your big investments nor big star faces. You just need some highly skilled actors and strongly done pre-production and will get a masterpiece . Filmi Bytes give 4.5 stars out of 5 to Range Road 290. Go and watch this amazing movie support these creative highly skilled people. 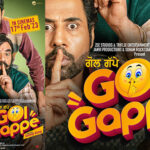 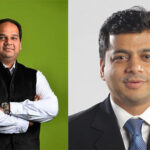