After the release of most awaited powerful trailer of the movie ‘Sohreyan Da Pind Aa Gaya’ with more than 5 million views, now title track is going to win the hearts of audience today 25th June. The song will force the audience to step up & make Bhangra moves with the addicted beats. Chemistry between Gurnaam Bhullar and Sargun Mehta is mesmerizing and promising to prove the screen love between them. The song is sung by Gurnam Bhullar himself in his melodious voice which will push people to make reels, shorts and stories on social media platforms with the song in the background. Soulful music is produced by Daoud in this song which will win the hearts.

The story of the film will take the audience on roller coaster ride of emotions. The story reflects the culture and values ​​of the 90’s when it was not easy to talk about the relationship or marriage with parents. It will be interesting to see this unique love story.

The film is Written by Amberdeep Singh and Directed by Ksshitij Chaudhary, presented by Zee Studios in association with Shri Narotam Ji Film Production, New Era Films and Bollywood Heights.Film will be in cinemas on 8th July 2022 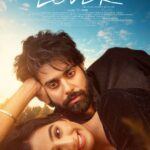