The next movie Code Name: Tiranga, starring Bollywood actress Parineeti Chopra and well-known Punjabi vocalist Hardy Sandhu, is scheduled to release soon. This new movie by T-Series, Reliance Entertainment, Filmhangar, and director Ribhu Dasgupta will hit theatres on this date. According to recently disclosed details, this movie will hit theatres on October 14 of next month. The big screen debut of independent filmmaker Ribhu Dasgupta’s film excites him much. He said, “I am glad to announce my next film code name: Tiranga ki khushi ho rahi hai hai,” on announcing the movie’s release date. The movie will debut in theatres on October 14. This action entertainer, which is based on a soldier’s sacrifice for the country, is one I hope the public will enjoy.

Tiranga is the narrative of a spy who is on a tenacious and daring mission for his country, according to the film’s code name. The actress Parineeti Chopra will be featured in the movie as a RAW agent. Hardy Sandhu, a well-known musician, will also be seen attempting to win over viewers with his acting abilities. Veteran performers like Sharad Kelkar, Rajit Kapoor, Dibyendu Bhattacharya, Shishir Sharma, Sabyasachi Chakraborty, and Deesh Mariwala will also appear in the movie. The producers of the movie Tiranga are Gulshan Kumar, T-Series Films, and Reliance Entertainment. Bhushan Kumar, Reliance Entertainment, Film Hangar, and Vivek B Agarwal all contributed to its production. The big screen version of this movie will debut on October 14, 2022. 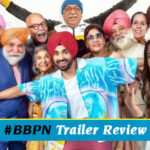